Can mean cool, clean and elegant or loud, brash and exciting. The nature of the product or service and the target audience should dictate the look and feel.

Is king. If it isn't relevant, timely and informative, visitors won't stay, nor will they come back. Make it meaningful and concise.

means that the site should be easy to navigate, links should be logical, pages should load quickly and graphics should be relevant.

Means that the site should be easy to navigate, links should be logical, pages should load quickly and graphics should be relevant.

means visitors and must be able to find you. If no-one knows you're there it doesn't matter how good your site is.

A two part process between you and the designers and ultimately with the prospective customer. 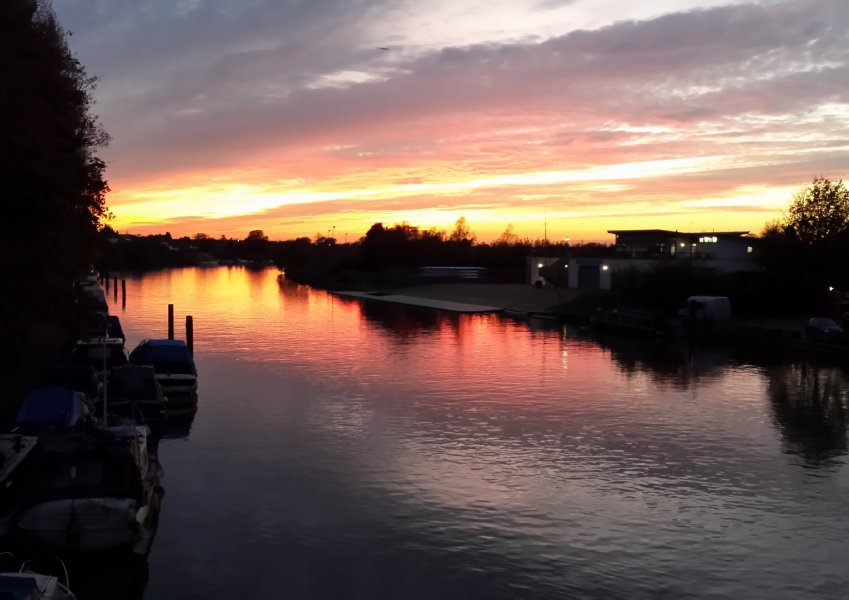 Our design studio is located on a part of the River known as the Arcadian Thames for over 300 years, which attracted and inspired artists, musicians and other creative individuals and which provides a peaceful, idyllic yet busy stretch of the river that inspires creativity coupled with style and elegance. Notable creative spirits associated with the locale include, the poets Alexander Pope, the actor David Garrick, and more recently Dave Gilmour of Pink Floyd and Brian May of Queen. As well as aspiring to maintian this creative spirit we remain in touch with leading edge technology. Arachnid is a supporter of Solid (founded by Tim Berners-Lee which represents the possible future of the Internet 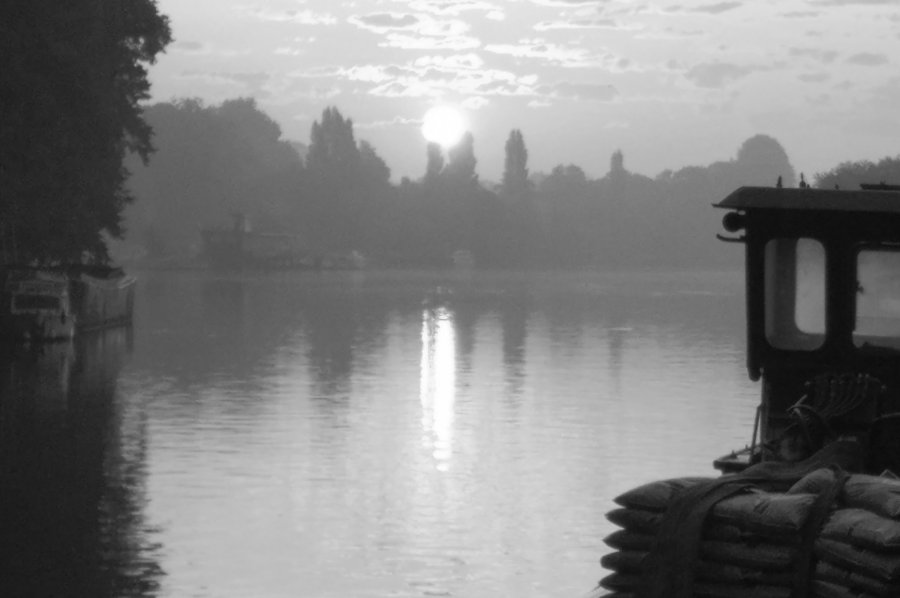 Responsive web design is an approach whereby a designer creates a web page that “responds to” or resizes itself depending on the type of device it is being seen through.  That could be an oversized desktop computer monitor, a laptop or devices with small screens such as smartphones and tablets.

Responsive Web design has become an important issue for anyone with a digital presence. With the growth of smartphones, tablets and other mobile computing devices, more people are using smaller-screens to view web pages. Websites also have to consider the mobile-first index announced by Google in April 2018 which will signidicantly affect you ranking on Google searches. As more small businesses increase their mobile presence, their website, eCommerce, Google Business pages, social media pages and other assets have to be easily accessible across all devices.

It's a.hackneyed phrase that "A picture speaks a thousand words" but it is nevertheless true. The world is full of competing organisations trying to attract attention. How do you compete effectively?. It's not nessarily about something exotic. It can be simple and striking. We believe that it helps if your name or you initials are incorporated in your logo. So many large corporations have recently changed their names to something meaningless which faisl to reflect what they do. We do not subscribe to this concept. Lorem ipsum dolor sit amet, consectetur adipiscing elit, sed do eiusmod tempor incididunt ut labore et veniam.

Better ways to communicate with text

As we said earlier "A picture etc....." But the words are equally iimportant. Clear, easy to digest messages of what you have to offer as an organisation are of great importance. Not just the features of your products or services but most importantly the benefits.

No prospective customer should ever have to say "So what?" Think "Our products have these great features, WHICH MEAN THAT you get these benefits."

Ultimately price is never an objection, it is only an obstacle if you haven't persuaded the customer of the value of your product.

What separates design from art is that design is meant to be...
functional.

Art should be pleasing to the eye. When combined with functional informative design, it should encourage visitors to stay and hopefully respond to the message. 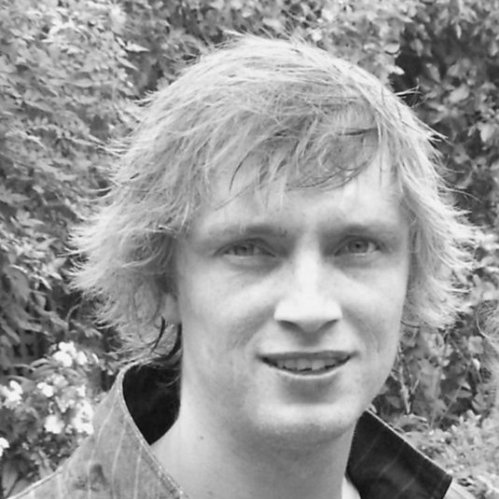 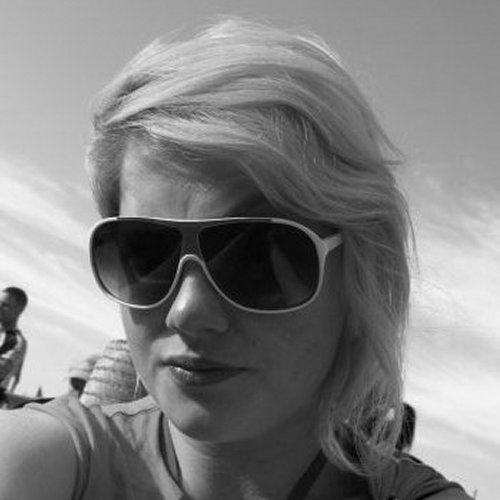 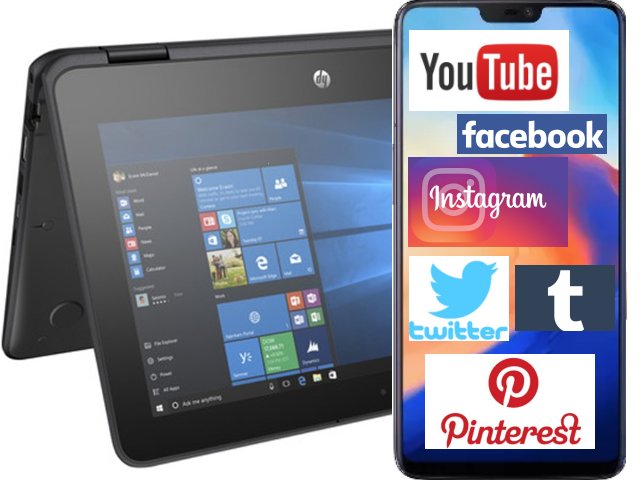 The tools of the trade

These are currently popular media through which to communicate your message. The website is the basic medium which acts as the gateway to other productive media

The media that deliver the message 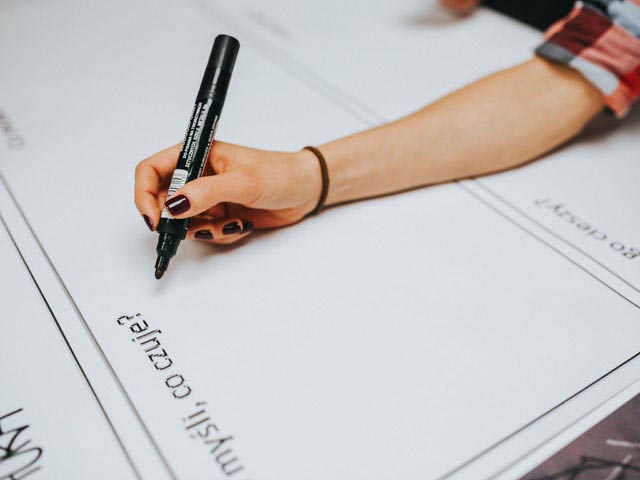 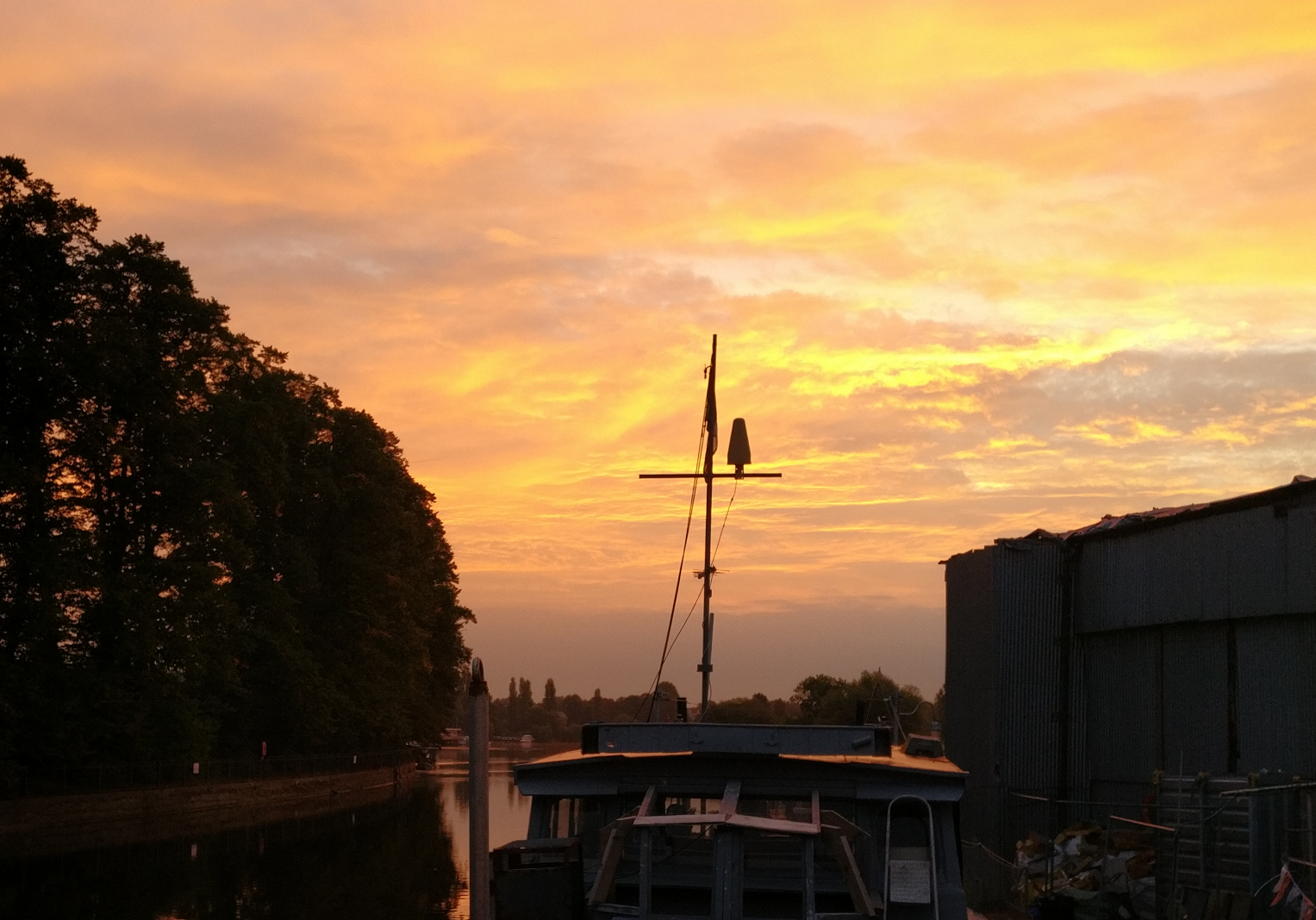 This is our idyllic, inspirational location

This is a sight that greeted us one morning at 4am after a particularly fruitful and productive all night design session. 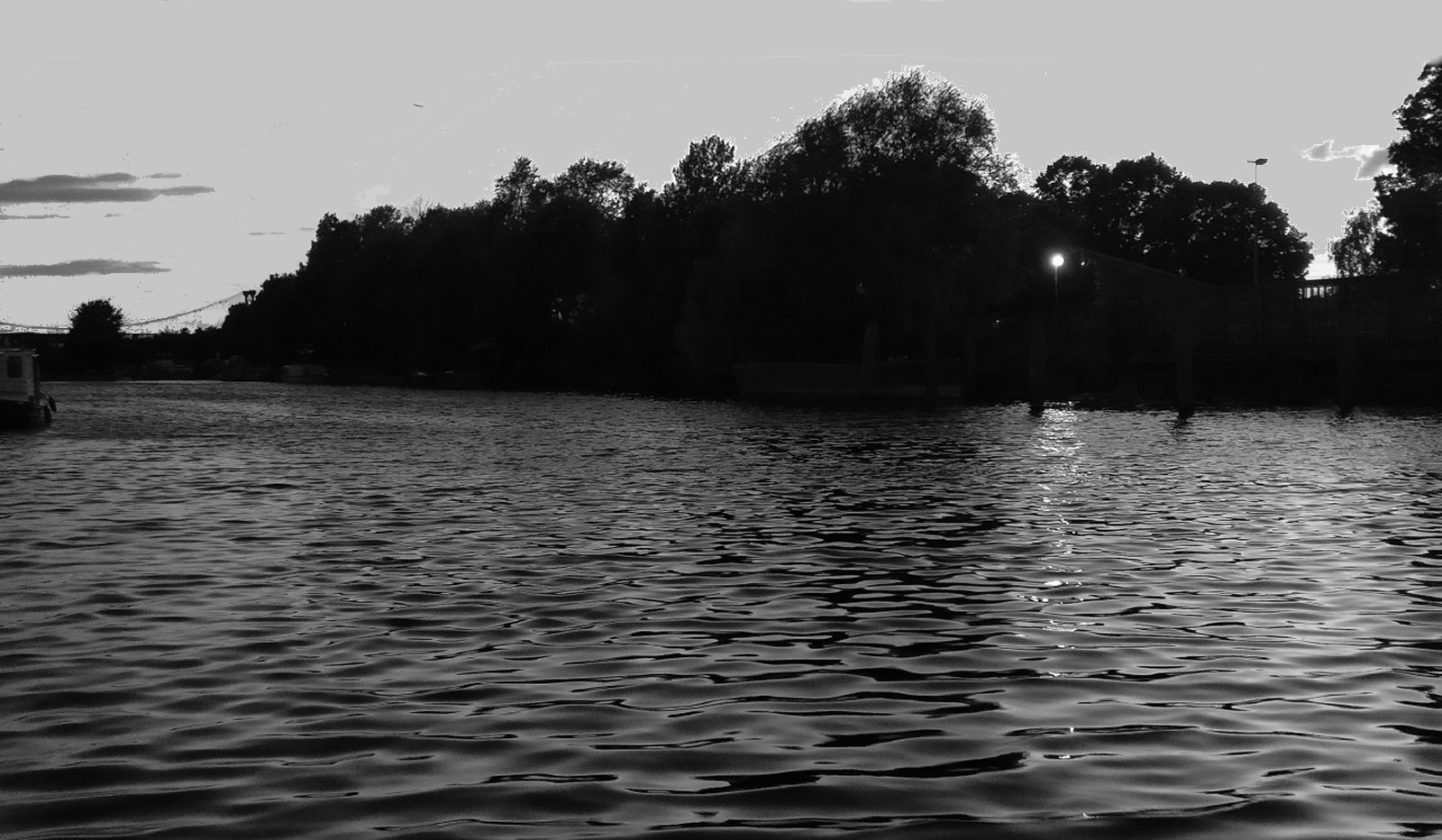 We are not a 9 to 5 company and you are free to contact us at almost any hour. But we don't burn the midnight oil every night, only when the creative juices are flowing freely so please try not to call after maybe 10.30pm. You can always leave an email, voicemail, text or Whatsapp message. We will always try to respond with 6 hours.

On the future of the web: 'The system is failing' 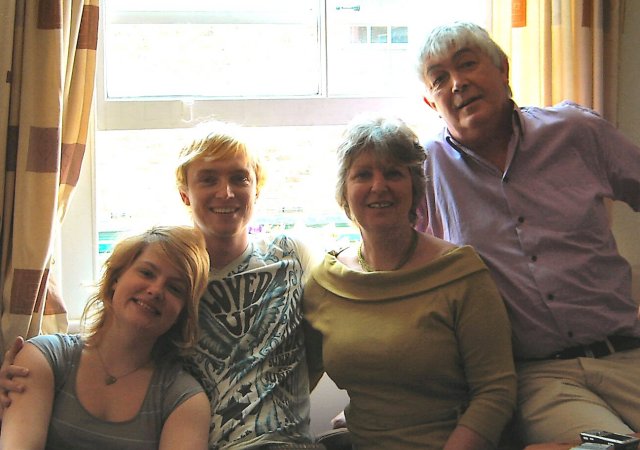 More about the Arachnid Team

The team is very much a family affair, but it is a very talented team. The Founder, Henry Gordon is the Godfather and is the fulltime, active, primary driver of the company. His two children, Ben and Amy bring their individual talents to the party as and when required. Each has successful careers in their own right. The Matriarch's contribution is equally priceless but not in an active way. 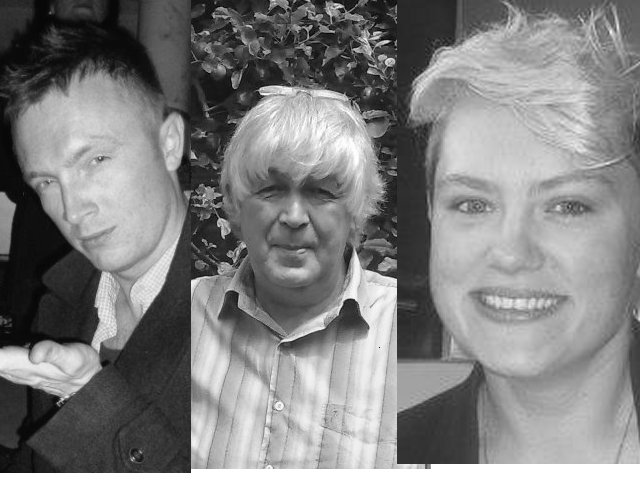 HG's background began with a business studies degree and then as Marketing Services Manager at what is now Morgan Advanced Materials at just 21. His sales and marketing skills were honed furyther with two of the world's leaders in the field, Proctor and Gamble and Mars. In the 1970s he migrated to the field of IT and for 10 years sold IT hardware and services to the investment community in the City of London.

Subsequently he held senior roles in the distribution of Advanced IT concepts including early adoption of Unix multiuser systems (Altos), the worlds bigggest selling Terminal (Wyse) and the early introduction of networking products (3Com).

During the next 17 years he held senior roles with a variety of software distribution companies, including as sales director of the UK's largest distributor.

Ben, after winning a BSc in computing and an an MSc in Clinical Forensic Psychology started his own highly successful Private Detective Agency, and today is working in the field of data security dealing with some of the world's most iconic IT and commercial companies. Ben is married with a two year old son.

He provides technical expertise when required.

Amy after achieving a first at Manchester University in Drama, and an MA entered the world of media, working as freelance in TV production including two series of The Apprentice. She is now a Senior Producer at one of the UK's leading production companies. She won a BAFTA nomination in 2017 as a producer, and her most recent project was to produce " more How to start an Airline," which aired earier on Channel 4 in 2018.

She has recently retired from the sport of Roller Derby in which she starred for London in becoming European Champions and played for England including when third placed in the 2011 World Cup. She is an iconic figure in this emerging female sport. Amy is married to Hannah.

Why do people say WWW when it contaiins 9 syllables? World Wide Web is only 3.

For those of you who are interested to delve deeper, here we give away some of our deeper secrets . 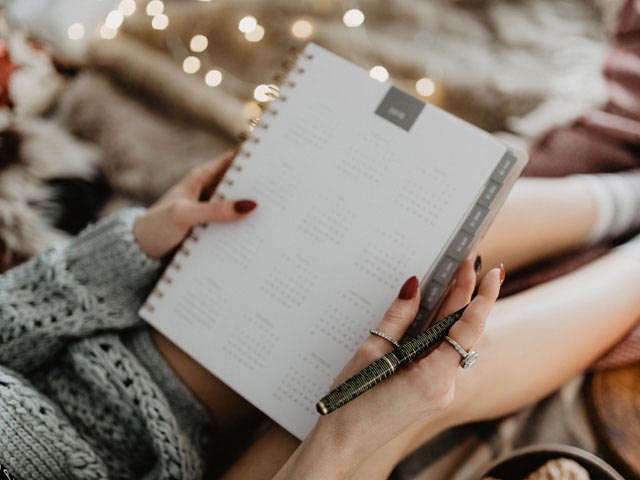 An Examination of the Factors Influencing Consumers' Attitudes Toward Social Media Marketing. Read it here
The New Rules of Marketing and PR: How to Use Social Media, Read it here
How to waltz the social media/viral marketing dance. Read it here.
All rights acknowledged 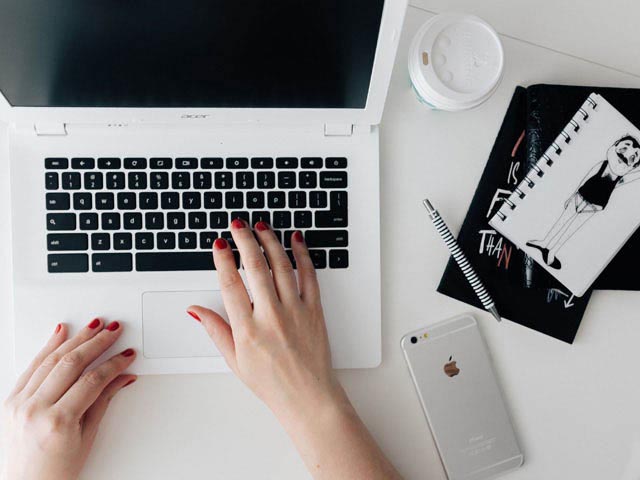 Please bear with us.

We are currently working to refine this site even further. We apologise for any errors that we may not have spotted. .

I am pleased and pleasantly surprised with the contribution that Henry and his team have made to make my business more successful. I am entirely satisfied with everything he has done for me and can highly recommend him. 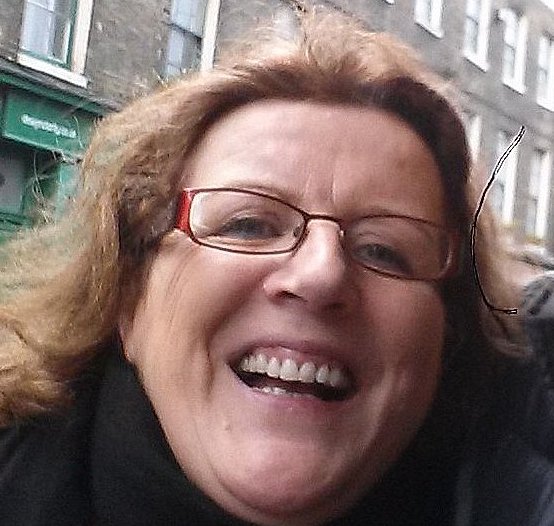 Henry and I are very old school friends, but despite this he has created a site to showcase my horse racing knowledge to profitable effect. And every claim is true.....
You can view my site here 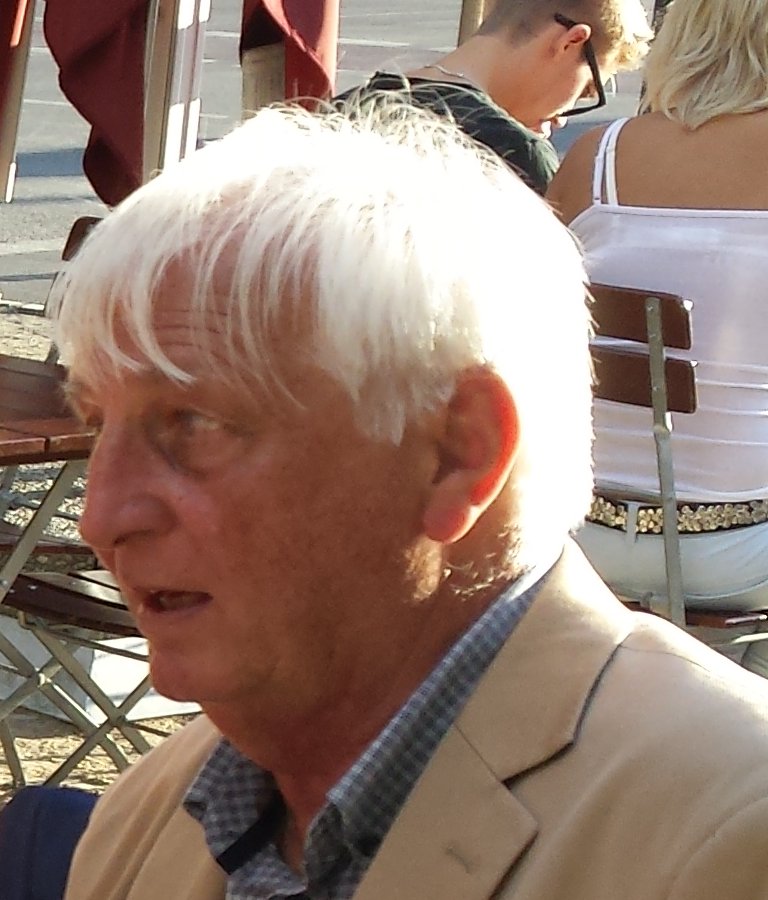 My website has proved to be massively productive in terms of enquiries. It is deliberately folksy in design but attracts numerous compliments. It also ranks highly on Google searches.View my site here 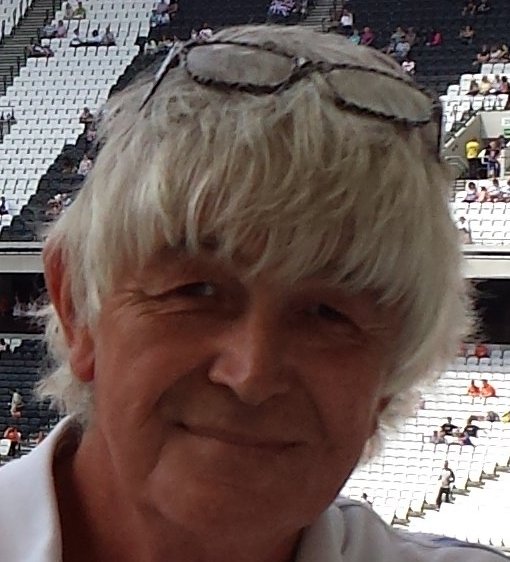